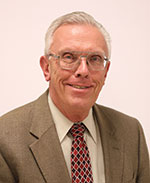 John C. Daresh is professor of educational leadership at the University of Texas at El Paso. Over the years, he has held faculty or administrative appointments at the University of Cincinnati, The Ohio State University, the University of Northern Colorado, and Illinois State University. He has also worked as a consultant on high school reform and administrator professional development for universities, state departments of education, national and state professional associations, and individual schools and districts across the United States, and also in Barbados, Canada, France, Holland, Israel, Turkey, South Africa, and Taiwan. By far, the bulk of Daresh’s international service has been in the United Kingdom where he served an advisor and trainer for the School Management Task Force that developed and promoted support programs for beginning headteachers, the National College for School Leadership, the Welsh Office of Education, the North West Network for Diploma Development in Cheshire, Manchester Metropolitan University, the University of Lincoln, the University of Hull, CREATE Consultancies, and literally dozens of Local Education Authorities and individual schools across England and Wales.

Daresh recently completed three years of service as the lead consultant on principal mentoring programs for the Chicago Public Schools as that megadistrict was faced with the challenge of bringing in mostly inexperienced principals to serve in nearly of the school system’s elementary and high schools.