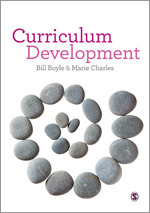 Curriculum and curriculum issues are at the heart of current debates about schooling, pedagogy and learning. This book will enable practitioners, scholars and academics to understand how to re-design or to suggest changes to curriculum structure, shape and content. Grounded in theory and philosophy, the book also offers practical help in grasping this controversial area.

This interesting book provides those involved in curriculum development, enactment and evaluation with a useful overview and checklist of important themes that can support their work. These themes are informed by the author’s involvement in a range of curriculum development experiences in the UK and elsewhere. Emphasis is placed on the broader goals of education, with a clear warning on the invidious impact of educational reforms that focus narrowly on attainment standards.

This provided a clear overview of the considerations that need to be taken into account when developing appropriate and relevant curricula to support teaching and learning.

Interesting reading but not ready for adopting for trainee teachers' use.

A systematic approach that facilitates the intended work and reduce the time consumed in adopting the process.

This book enables practitioners, scholars and academics to understand how to re-design or to suggest changes to curriculum structure, shape and content. Grounded in theory and philosophy, the book also offers practical help in grasping this controversial area.

the book is really very good for this kind of courses. Some of the ideas are implemented and for the time being it seems they are producing good results.

The publisher’s promotional description of this book caught my eye: as a person tasked with developing new curricula in the field of distance-mode tertiary theological education, I assumed that it would offer me the conceptual and practical tools I need.

Has it done so? Yes and no.

No: What the publisher’s blurb didn’t make clear was that this book is primarily about England’s National Curriculum for primary and secondary schools, with some case-study references to national school curricula in other countries. So a lot of its content was, for me, very unfamiliar and (on the face of it) irrelevant. However…

Yes: Through the course of the book, principles and practices began to cohere, even through the sometimes thick fog of acronyms, technical terms, and long sentences. Once that began to happen, I could relate it to my own contexts (South Africa, tertiary theological education, distance-mode delivery).

For me, the most useful parts of the book were Chapter 4 (‘Curriculum Reviewing Criteria’) with its template for creating, developing, and reviewing curricula; and Chapter 12 (‘National Curriculum and Summative Testing’), in which the book’s hitherto rather veiled critique of political ‘meddling’ in curriculum and assessment processes burst into the open, in its strong advocacy of a restored focus on formative assessment as critical to quality learning. Amen to that!

Despite the book’s rather depressed conclusion about the prospects of significant change in England’s national school curriculum, I have found much – particularly in the last few chapters – to encourage and stimulate. It probably won’t become a widely-read text in our college; but I hope to see its insights find their way into how we design and carry out our academic work.

The value of this book would have been greater if the following issues had been addressed:

• The text needed closer copy-editing: the lack of punctuation (for example, on page 168 one sentence runs for eight full lines without a single comma or other punctuation mark) often makes it turgid and forced me to re-read many passages just to understand them. There are also a number of typos.

• A list of acronyms would have been very useful.

• Some in-text references that I checked at random seem to have been omitted from the list of references.

Curriculum Development: Towards a curriculum definition

The Principal as Curriculum Leader

The platform allows researchers to cross-search and seamlessly access a wide breadth of must-have SAGE book and reference content from one source.

SAGE Knowledge brings together high-quality content from across our imprints, including CQ Press and Corwin titles.