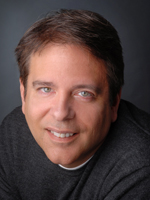 William Kist has been researching classroom uses of new media for over a decade. His profiles of teachers who are broadening our conception of literacy were included in his first book, New Literacies in Action, and have been expanded to include teachers who use Web 2.0 in their classrooms in his new book from Corwin, The Socially Networked Classroom: Teaching in a New Media Age. A former high school English teacher and curriculum supervisor and currently an associate professor at Kent State University, Kist has presented nationally and internationally with over 40 articles and book chapters to his credit. He has been active on state and national levels as a literacy educator, founding the Ohio Language Arts Supervisors’ Network and serving on the Executive Board of the Ohio Council of Teachers of English Language Arts. In November 2007, Kist began a three-year term as director of the Commission on Media for the National Council of Teachers of English, and he continues to be sought out for interviews in the press regarding new literacies, including such publications as U.S. News and World Report and Education Week. He remains active as a filmmaker and musician himself and earned a regional Emmy nomination for Outstanding Music Composition.
The Socially Networked Classroom