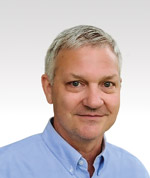 Terrance M. Scott is a senior principal education researcher at the Stanford Research Institute (SRI). Before joining SRI in 2020, Dr. Scott spent 24 years as a professor and researcher in special education. He began his career as a counselor in residential treatment and has worked with students with challenging behaviors across a variety of settings. Since receiving his PhD in Special Education at the University of Oregon in 1994, Dr. Scott has written over 100 publications, has conducted well more than 1,000 presentations and training activities throughout the United States and across the world, and has successfully competed for more than $24 million in external grant funding. In 2004 he received the Distinguished Early Career Award from the Research Division of the International Council for Exceptional Children, and in 2012 he received the Outstanding National Leadership Award from the Council for Children with Behavior Disorders. He was elected president of this organization in 2013 and served as a two term editor of the journal, Beyond Behavior. His research interests focus on schoolwide prevention systems, the role of instructional variables in managing student behavior, functional behavior assessment/intervention, video-based training for school personnel, and scientific research in education.