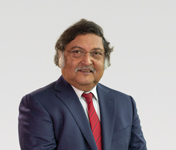 Professor Sugata Mitra’s cur­rent work is on the internet and children’s learning. He retired in 2019 as Professor of Educational Technology, Newcastle University.

He conducted the Hole-in-the-Wall (HIW) experiment in 1999, embedding a computer within a wall in an Indian slum at Kalkaji, Delhi; children were allowed to use this computer freely. The experiment aimed at proving that kids could be taught computers very easily without any formal training. Mitra termed this minimally invasive education (MIE). The experiment has since been repeated at many places. He is the recipient of many awards and honorary doctorates from India, the United Kingdom, the United States, and many other countries in the world.

The Hole-in-the-Wall experiment has left a mark on popular culture. Indian diplomat Vikas Swarup read about Mitra’s experiment and was inspired to write his debut novel that went on to become the Oscar-winning movie of 2009—Slumdog Millionaire.

Mitra holds a PhD in physics and is credited with more that 25 inven­tions in the area of cognitive science and educational technology. He was conferred the prestigious Dewang Mehta Award for Innovation in Information Technology from the Government of India in the year 2003. Amongst many other awards, he received the first ever million-dollar TED Prize in 2013.

Recently, he used the money he was awarded when he received the TED Prize to put his educational ideas together to create seven laboratories called “Schools in the Cloud.” Here he studied learning as emergent phenomena in an educational self-organizing system. These results question the ideas of curriculum and exami­nations, as well as the meaning of “knowing” itself, in the internet world of the twenty-first century.

The effects of Sugata Mitra’s work on the lives of people and the economies of the countries in which his “Schools in the Cloud” have existed can only be guessed at.

The School in the Cloud