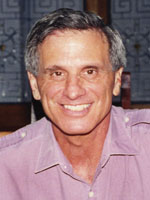 Stephen S. Kaagan is currently professor of education at Michigan State University. His teaching interests are leadership, organizational analysis, and administrative practice. He has a doctorate from Harvard University and has been honored with several awards, including membership in the Royal Society for the Encouragement of Arts, Manufactures and Commerce, London, England and Honorary Doctorates from Williams College in Massachusetts and Green Mountain College in Vermont.

Before coming to Michigan State University in 1991, Kaagan served as president of Hurricane Island Outward Bound (1989-91), commissioner of education for the State of Vermont (1982-88), and provost at Pratt Institute in New York City (1977-82).

He has written extensively on leadership, organizational development, the role of the arts in schooling, and assessment and accountability. Selected publications include Developing Teacher Leaders: How Teacher Leadership Enhances School Success (with Frank Crowther et al.), Managing Successful School Reform: the Legacy of Chris Argyris (a special edition of the International Journal of Educational Management, co-edited with Frank Crowther), Leadership Games: Experiential Learning for Organizational Development, and Leadership Lessons: From a Life of Character and Purpose in Public Affairs.

Kaagan is a charter board member of ArtServe Michigan. In the late 1980s, he served as a member of a distinguished panel on "Making the System Work Better for Poor Kids," a Carnegie Foundation–sponsored project of Harvard's John F. Kennedy School of Government.

Kaagan's experience spans an academic career; wide-ranging service as an advisor to government agencies, corporations, and educational institutions; military experience in the USMC Reserve; extensive travel throughout the world, including mountaineering expeditions in the Himalayas, Andes, and Cascades; and rugby football refereeing for the US Rugby Football Union.

Bringing Your Learning Community to Life