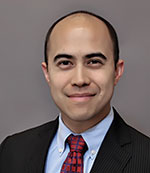 Nick Rodriguez is the leader of the U.S. Education Delivery Institute’s K-12 practice. In this role, he is responsible for growing and maintaining a network of K-12 education leaders that are transforming the way they work to serve students. In his work at EDI, he has originated or helped to lead some of EDI’s longest-standing partnerships with education systems that are on the cutting edge of reform, including Massachusetts, Kentucky, and Hawai’i. These systems have successfully adopted the practices of Deliverology to achieve remarkable results for students in recent years.

A member of the organization’s founding leadership team, Nick began his work at EDI as its Program Director, where he helped to develop and continuously refine EDI’s tools for helping education leaders to adopt the delivery approach. Nick began his career in education over fifteen years ago when he served as the student member of the California State Board of Education and as a youth advocate and trainer with the California Association of Student Councils.  Prior to joining EDI, he was an engagement manager with McKinsey & Company’s education practice, where he advised education leaders on policy and implementation at the district, state, and national level in the U.S. and abroad. His previous books include “Deliverology 101,” a field guide that helped launch the movement to improve implementation in American education.