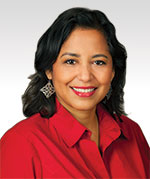 Mariana Castro, Ph.D. is Director of Standards for WIDA at the Wisconsin Center for Education Research, University of Wisconsin- Madison, where she has also served as Director of Academic Language and Literacy Initiatives and Director of Teaching and Learning.  Mariana is, foremost, an educator, having taught science, ESL courses, and bilingual classes in K-12 systems.  As an educator, she also lead professional development for ESL and bilingual educators at her district. Mariana has also taught undergraduate and graduate courses at UW-Whitewater and Edgewood College in Madison, Wisconsin, where she lives with her husband, Andy, and three children, Amy, Andrés and Diego.  During her career as an educator, she worked with multilingual students, students with significant cognitive disabilities, and students with limited or interrupted formal education, and collaborated with educators and administrators in and out of the classroom.  It was this work that has provided the foundation and inspiration for her career.

Over the last ten years, Mariana has worked with in-service teachers and administrators across the US and abroad on building capacity related to instruction and programming with a focus on language development.  She has also presented at national conferences, including TESOL, Learning Forward, NABE, La Cosecha, ASCD, AERA, AAAL and at many regional and local conferences across the country.  Internationally, she has worked with educators in Mexico, Dubai, Thailand, and Argentina in designing spaces for meaningful participation and multilingual development for language learners.