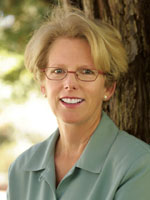 Leslie Cooley worked as a school psychologist in public schools for 20 years. Initially hired in 1978 to facilitate counseling groups, she approached the task with enthusiasm and massive naivete as she had little training in group counseling. Based on her natural optimism and easy way of relating to students, she developed a variety of skills and techniques that were closely related to the later work of the innovators of solution-focused counseling.

That was 1978 to 1983. Since that time, Cooley has earned a PhD and is a licensed clinical psychologist in California. In the 1990s, she transitioned from working in the schools to teaching at the graduate level in school psychology at California State University, Sacramento. Her mission was to surreptitiously infiltrate the school system with what were once radical ideas about building on strengths. In that, she has been successful… successfully mainstream! Solution-focused strategies are no longer radical, and books like Seligman’s Positive Psychology have become bestsellers. Cooley continues to do a limited psychotherapy practice with a focus on families and she continues to believe that most of the problems kids develop can be successfully managed at the school level, where any intervention is less intrusive than a referral to someone outside the school.

As a graduate school trainer in school psychology, Cooley has been teaching group counseling to school psychologists for over a decade. She is systematically robbing graduate students of the character-building experience that she had scrambling to learn to run groups in the schools. However, in the schools today, there is plenty to scramble about already!

The Power of Groups