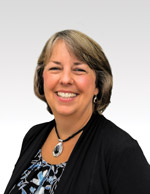 Julie Hartline, EdD is the co-author of The Use of Data in School Counseling: Hatching Results for Students, Programs, and the Profession, Second Edition (2021).

In 1988, Dr. Hartline graduated from Agnes Scott College, a liberal arts school for women that nurtures and empowers female leaders. She entered the field of education in 1991 after serving as a parole officer in Atlanta, Georgia and discovering that over 85% of her caseload had not completed high school. She wanted to be a proactive part of the solution and reach young people before they made life-altering choices so she entered the field of education. After teaching for seven years, she found her true calling as a school counselor.

Hired as department chair for her first school counseling role, Dr. Hartline held that position for 14 years at Campbell High School where her department became the first high school in Georgia and the first school in her district of 116 schools to receive the Recognized ASCA Model Program (RAMP) award from the American School Counselor Association (ASCA) in 2008. Her efforts to design and implement a comprehensive, data-driven school counseling program were recognized even further when she became nationally recognized as the 2009 ASCA School Counselor of the Year.

Dr. Hartline served on the board of the Cobb County School Counselor Association from 2008 to 2013, assuming the role of president in 2009-2010. She also served on the leadership team of the Georgia School Counselor Association (GSCA) beginning in 2009, holding the position of GSCA President in 2014-2015. From 2009 to 2017, she was actively involved in changing Georgia legislation, certification, and policy impacting school counseling, including the creation of a statewide school counselor evaluation tool. She collaborated with the Southern Regional Education Board to design school counselor training modules on college and career access and to advise stakeholders regarding policy implementation. She was also involved in First Lady Michelle Obama’s Reach Higher Initiative, attending the first three White House Convenings and the Obamas’ College Opportunity Day of Action, representing Georgia’s Reach Higher Team. Additionally, she served as an ASCA RAMP Reviewer from 2008 to 2012, reading and scoring RAMP applications from school counseling programs around the nation, and then as an ASCA Lead RAMP Reviewer, overseeing the process of reviewers scoring RAMP applications, from 2012 to present.

In 2011, Dr. Hartline earned her doctorate in Professional Counseling and Supervision with her dissertation, “Training School Counselors to Close the Achievement Gap." The following year, she became the School Counseling Consultant for the Cobb County School District where she helped to supervise approximately 300 school counselors in implementing comprehensive, data-driven school counseling programs. She held this role for five years, coaching and supporting over 30 schools through the RAMP process before retiring from K-12 education in Georgia and moving to Florida to teach future school counselors as a Clinical Assistant Professor at the University of North Florida.

Having started her work with Hatching Results, LLC in 2013 as a Professional Development Specialist for Hatching Results, Dr. Hartline transitioned to a more dedicated role with the company as the Associate Director of Professional Development in the fall of 2020. She has trained and educated school counselors, administrators and educational leaders around the nation via in-person professional development, webinars, conference sessions, and more. She is passionate about the field of school counseling and the difference comprehensive school counseling programs make in the lives of students.

The Use of Data in School Counseling