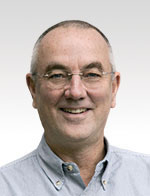 Guy Claxton is Professor of the Learning Sciences at the University of Bristol Graduate School of Education, where he directs the research initiative on Culture, Learning, Identity and Organisations (CLIO). His books include The Wayward Mind: An Intimate History of the Unconscious (2005), Learning for Life in the 21st Century: Sociocultural Perspectives on the Future of Education (2002, co-edited with Gordon Wells), Wise Up: Learning to Live the Learning Life (1999) and the best-selling Hare Brain, Tortoise Mind: Why Intelligence Increases When You Think Less (1997). His current work focuses on the development of infused approaches to the cultivation of positive lifelong learning dispositions in schools. The resulting 'Building Learning Power' approach has influenced practice in schools throughout the UK, Australia and New Zealand.