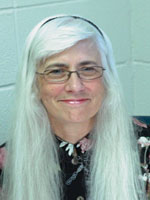 Gera Jacobs is a professor of early childhood education and taught kindergarten, preschool, and the elementary grades for many years. She has published articles in a number of national and regional journals and produced a CD-ROM on inclusion for young children with special needs. She has presented at numerous state, regional, and national conferences, and has conducted many inservice presentations for teachers. She is a member of the National Association for the Education of Young Children (NAEYC) Governing Board and served on the NAEYC Affiliate Council. The Carnegie Corporation named her the South Dakota Professor of the Year in 2002. She was chairperson of the South Dakota Early Learning Guidelines Panel, responsible for writing the preschool standards for South Dakota.

Jacobs and her coauthor Kathy Crowley have helped to organize an annual statewide kindergarten academy for many years in South Dakota and have presented at kindergarten institutes in other states. They are the coauthors of Play, Projects, and Preschool Standards: Nurturing Children’s Sense of Wonder and Joy in Learning, published by Corwin Press and winner of a 2008 Teachers’ Choice Award, sponsored by Learning Magazine, and a 2007 Distinguished Achievement Award from the Association of Educational Publishers. Their collaboration began many years ago as team-teachers in a kindergarten classroom.

Reaching Standards and Beyond in Kindergarten
Play, Projects, and Preschool Standards