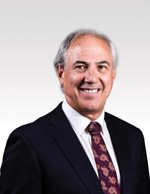 From October 2018-December 2021, George S. Perry served in the New York City Department of Education and the Chancellor’s Office as the Director of School Leadership and Organizational Alignment. In this role, George supported the assessment, alignment, and implementation of citywide equity and values-centered leadership development for teacher, school, and district leaders.

Before joining the NYC DOE, George was executive director of Perry and Associates, Inc. a national consulting firm, founded in 2001, that acts on its commitment to social justice and equity by assisting district and school leaders improve the academic achievement of all students.

In addition, George served as the senior education advisor during the 2013 campaigns and on the transition teams of Mayor Marty Walsh of Boston and Mayor Bill de Blasio of New York City.

Beginning in 1994, George as a senior consultant with the Panasonic Foundation working with district-level, systemic improvement and assisting school boards, superintendents and district and association/union leaders “break the links” between race, poverty and achievement for all students:  All means All.  In this role, George assisted district leaders on their journey toward advancing equity as a “critical friend” and coach. With his support, leaders built their capacity to think and plan strategically and systemically, identify barriers to improvement, and address significant challenges through creating conditions for system-wide change and enhancing leadership skills and actions. He directed partnerships in Atlanta, Boston, Hayward (CA), Newark, Norfolk, Portland (OR), Prince George’s County (MD), Providence, San Diego, Santa Fe, and Stamford.

George holds a Ph.D. in Public Policy Analysis from the University of Illinois at Chicago, an Ed.M. from Harvard University, an M.B.A. from Babson College and a B.S. with honors in Secondary Education from Northeastern University.