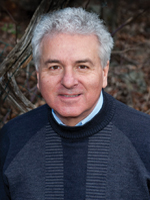 “School taught me that I was not very bright. Life taught me that school was wrong.” These words epitomize the foundation for Fred Bramante’s dedicated passion for transforming public education into a system that will work for virtually ever student.

Fred is a former middle school Science teacher, a former candidate for governor, a life long entrepreneur, and a past Chairman and long standing member of the New Hampshire State Board of Education. Appointed by both Republican and Democratic governors, he led a full-scale effort to redesign public education, especially at the high school level, which resulted in a major revamping of New Hampshire’s education regulations and the subsequent development of the New Hampshire vision For High School Redesign. Fred has been the public voice of this movement and has carried the competency-based message around the country.

Fred consults with state departments of education, and national and regional associations across America. He has been a featured speaker and presenter at numerous education conferences. He holds a BS from Keene State College (1970) and an MA in Educational Leadership from Plymouth State University (2006). He has been honored to receive the Alumni Achievement Award from both Keene (1995) and Plymouth (2009). In 1964, Fred graduated 206th of 212 students in his high school; that year his applications for admission to both colleges were rejected.
Off the Clock