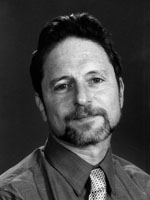 Fred Bemak is a Professor and Academic Program Coordinator of the Counseling and Development Program and Director and co-founder of the Diversity Research and Action Center at George Mason University.  He is also the founder and Director of Counselors Without Borders. He began his career working in Upward Bound, where he later became the Director, providing a foundation for his lifetime work in cross-cultural psychology. He has held administrative faculty positions at Johns Hopkins University and Ohio State University.  Fred has over 100 publications in professional journals and book chapters, and has co-authored 5 books. He has provided extensive consultation and training with governments and organizations throughout the United States and internationally in over 55 countries.  Fred has received 3 Fulbright Scholarships to work in Brazil, Scotland, and Turkey, been a World Rehabilitation Fund International Exchange of Experts Fellow in India, and received a Kellogg International Fellow award to work and study throughout Latin America and the Caribbean and held visiting faculty appointments at the Federal University of Rio Grande do Sul in Brazil, University of Queensland in Australia, Universidad Iberoamericana in Mexico City, and the National Taiwan Normal University in Taiwan. He is an invited speaker at numerous national and international forums and has received a number of awards including the American Counseling Association Kitty Cole Human Rights Award and the American Counseling Association Gilbert and Kathleen Wrenn Award for a Humanitarian and Caring Person. He is past-president of Counselors for Social Justice and a Fellow of both the American Psychological Association and the American Counseling Association as well as the recipient of an Honorary Professorship at Amity University in India.