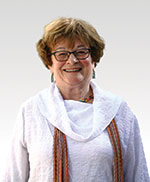 DIANE P. ZIMMERMAN, Ph.D. is a writer and consultant focusing on entrepreneurial learning and schools that make a difference. She obtained her Ph.D. in Human and Organizational Development from the Fielding Graduate Institute. She recently retired as a superintendent of schools after a 36-year career in education that was rich in leadership, facilitation and conflict management.

Trained originally as a speech therapist, Diane worked early in her career as a teacher, speech therapist, program manager, and Assistant Director of Special Education in Fairfield, California. She subsequently became a principal in Davis, California and served consecutively in two schools over 13 years before being promoted to Assistant Superintendent for Personnel. In 2002, she began a nine-year journey as a superintendent of Old Adobe School Union School District, a small suburban elementary school district in Petaluma, California. She prides herself in moving the district’s teachers from contentious union interactions to cooperative collaborations as productive, interest-based educators who collectively set the highest standards possible for their school district.

Diane has been an active in professional development all of her career. While obtaining her administrative credential, Diane was assigned to Bob Garmston as her intern coach. This early career interaction turned into a life-long intellectual partnership and Diane joined the Cognitive Coaching consulting consortium founded by Bob Garmston and Art Costa.

Diane has taught in administrative training programs at several northern California universities and over the past 20 years has written and consulted in the areas of Cognitive Coaching, teacher supervision and evaluation, facilitation, stages of adult development, assessment of leadership skills, and constructivist leadership.

Leadership and mediation of conflict has always been a part of Diane’s life. She was encouraged to assume leadership roles throughout her career, from early work supervising in a family restaurant business, to her first teaching job in a new special education program, through her years as a principal. Throughout her career, she has been involved in handling divergent opinions and mediating conflict. She gained a substantive reputation as the “in house” expert in facilitation and her staff valued her ability to create learning communities long before “professional learning communities” were popularized