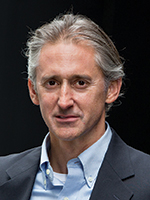 A native of Southern California, Chris Weber, EdD, has been in service to community and country his entire life. A graduate of the U.S. Air Force Academy, Chris flew C-141s during his military career. A former high school, middle school, and elementary school teacher and administrator, Chris has had a great deal of success helping students who historically underachieve learn at extraordinarily high levels.

As a principal and assistant superintendent in California and Chicago, Illinois, Chris and his colleagues have developed systems of response to intervention (RTI) that have led to heretofore unrealized levels of learning at schools across the country.

Chris is the best-selling author of Pyramid Response to Intervention: RtI, PLCs, and How to Respond When Students Don’t Learn; Pyramid of Behavior Interventions: 7 Keys to a Positive Learning Environment; Simplifying Response to Intervention: Four Essential Guiding Principles; and RTI in the Early Grades: Intervention Strategies for Mathematics, Literacy, Behavior, and Fine-Motor Challenges. These books have sold more than one hundred thousand copies worldwide. In addition, Chris’s article in Educational Leadership, “The Why Behind RTI,” was the most viewed article on the publication’s website in 2010.

Chris is recognized as an expert in behavior, mathematics, and RTI. He consults and presents nationally to audiences on important educational topics, including Change and RTI—Preparing for Productive Teams; Behavioral RTI; Assessments for Tiers 2 and 3; If It’s Predictable, It’s Preventable—RTI in the Early Grades; Scheduling, Communication, and Coordination of RTI Schoolwide Teams; The What and Why of RTI; Evidence-Based Reading Strategies and Programs; and Common Core Mathematics—A Balanced Approach to Depth and Mastery.

In addition to writing and consulting on educational topics, Chris continues to serve in schools, working with teachers and students every day in Chicago, Illinois, at some of the highest-performing urban schools in the nation.

RTI Is a Verb