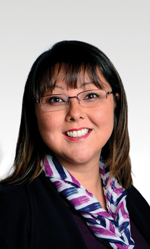 Angela Cleveland, M.S.Ed., M.Ed., MA has 15 years of experience as a professional school counselor and is a Google Certified Educator. She is an Executive Board Member and Webmaster for the New Jersey School Counselor Association (NJSCA.org). Angela advocates for equity and access to STEM opportunities. She is the Program Director for NCWIT Counselors for Computing (NCWIT.ORG/C4C).

In 2015, Angela co-founded ReigningIt (ReigningIt.com), a non-profit dedicated to creating a STEM dialogue inclusive of every woman. The story-sharing platform has featured hundreds of inspiring women and K-12 influencers, and the group has provided a community of encouragement to support pathways to computer science.

Angela is a technology contributor to national publications, such as Edutopia, CSTA Voice, and ASCA’s School Counselor magazine. She presents at conferences around the country to encourage the infusion of emerging careers in computer science into the school counseling profession.

Angela’s advocacy has earned her recognition, such as the “2017 New Jersey State School Counselor of the Year” award and being featured in the popular Amy Poehler’s Smart Girls blog.

Angela grew up in New Jersey and attended William Paterson University, where she earned degrees in English and Education as well as an Honors in Humanities. She attended the University of Pennsylvania, earning an M.S.Ed. in Psychological Services. Angela began her career as school counselor in 2001, and she remained driven to learn more about the field of education and leadership. She went on to earn an M.Ed. in Instruction from The College of New Jersey and an MA in Organizational Leadership from Rider University. She earned several educational certifications, including Google Certified Educator, Director of School Counseling Services, School Supervisor.