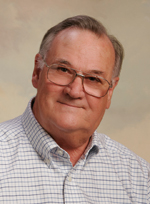 Dr. Martin Buoncristiani is an emeritus professor of physics at Christopher Newport University in the USA. He has been dedicated to science and mathematics education for over thirty five years. In his involvement in curricular development for the university he has been a strong advocate of adapting teaching methods to our current understanding of how people learn. His scientific research has focused on lasers and optical science and he was awarded the NASA Public Service Medal for his work developing instruments for atmospheric study. Throughout his career he has addressed K-12 science education, beginning with promotion of computers in the classroom in the 1970’s and extending to the introduction of critical thinking skills in the current decade.
Developing Mindful Students, Skillful Thinkers, Thoughtful Schools